Note: This is #5 in a series of posts. If you have not read the Foreword to the series, I hope you will do that first: Foreward

Luke 15:20 But while he was still a long way off, his father saw him and was filled with compassion for him; he ran to his son, threw his arms around him and kissed him.

Last week we went over the Parable of the tale of two cities. This week we want to look at The Parable of the Man Who Ran. And as I said several times, we not only want to look at what Jesus said, but also what he didn’t say. These are the things He implied, the things His listeners 2000 years ago knew exactly what He meant. In other words, it was so plain and common to them that it need not have been said 2000 years ago, but now in fact for us, needs to be said.

The plain and simple truth was that a long time ago wealthy men did not run. Common people could run, but not so a man of means. The Psalmist said, “The steps of a man are from the Lord.” The implication is that a man walks carefully with His God! The Proverbs speak of a man who measures his steps. The Jews expected their upper crust to walk carefully. Jesus spoke of the Lawyers walking proudly in their long robes in the market place looking for the greetings of the people. People with long fine robes do not run—if fact it would be difficult for them to do so. The father, being a man of means, would have worn long robes.

Therefore, when Jesus told this parable to His audience who were also dressed in either short or long robes, and constantly saw others in long or short robes, they undoubtedly were stunned and looked at each other and questioned if Jesus had His facts straight. How could a wealthy man run—and at that—at a great distance? And why would he do it? What is Jesus trying to say anyway?

And then Jesus continued. The father ran as soon as he saw the son off at a distance. Then the Jews knew what Jesus was talking about. You see the Old Testament had prescribed that when a son scorns to honor his father, the elders would counsel together and take the son out of the city and stone him to death. Proverbs 30 had said, “The eye that mocks a father or scorns to obey a mother will be picked out by the ravens and eaten by the vultures.” This did not mean that God would miraculously send a raven to pick out any eye of a disobedient child; rather that the child would be stoned to death and left outside the city and not be buried.

So when Jesus told this parable, the people in His audience knew why this wealthy man who had fields and cattle and hired servants and paid them well so that they had bread enough and to spare—this is why he ran. This is why he broke with tradition.

This is why he was willing to lift his long robes and run long and fast! Two things: #1 His son’s life was at stake! In modern terms, a contract had been taken on him. The elders had gotten together and took a clay jar and had filled with grain and had taken sticks and broke it. This symbolized what they would do to this child of their village who had shamed, not only their father, but the whole village! As they struck the jar, so shall they strike the boy, until he is broken and his life spills out of him as the grain goes into the sand.

However, God was willing to break with tradition. He was willing to defy the scribes and the Pharisees. He was willing to cast aside His robe and run the race of life for us and finally to run to the top of Mount Calvary, to Golgotha, the place of the skull and there to offer Himself as “the Lamb of God who takes away the sins of the world.” “Oh, what manner of love is this, that God did not spare His own Son but gave Him up for us freely!”

And what does this tell us of our own mission work here in Sevier County? Are we not also to sacrifice? Are we not also to break with tradition, if that means saving souls? Are we not also to emphasize the Gospel over and above the rules and regulations of men? Did not the Father say in the Old Testament and did not Jesus repeat it in the New, “In vain do they worship me, teaching as doctrines, the commandments of men?” And did not St. Paul say, “I will be all things to all men so that I might win some for Christ!”???

The parable of the man who broke with tradition and ran so that he might save his beloved son. The parable of God the Father Who broke with the tradition of demanding a sacrifice of bulls, and heifers and lambs and turtle doves out of our own herds and instead gave the sacrifice of His own Son for us. Who can believe it? Only Christians! For no man can say, “Jesus is Lord, except by the Holy Ghost. “ Amen.

Note from the Peace Doctor: If you're looking for peace for yourself, be sure to visit our home page before leaving us. The Web surely is full with articles concerning every imaginable topic. Here is a post we expect will be helpful for peace lovers and those who like to read peace news. 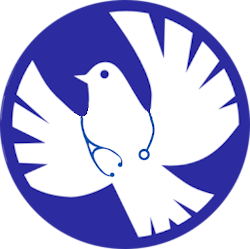